All You Need to Know About PLA Plastic/Material 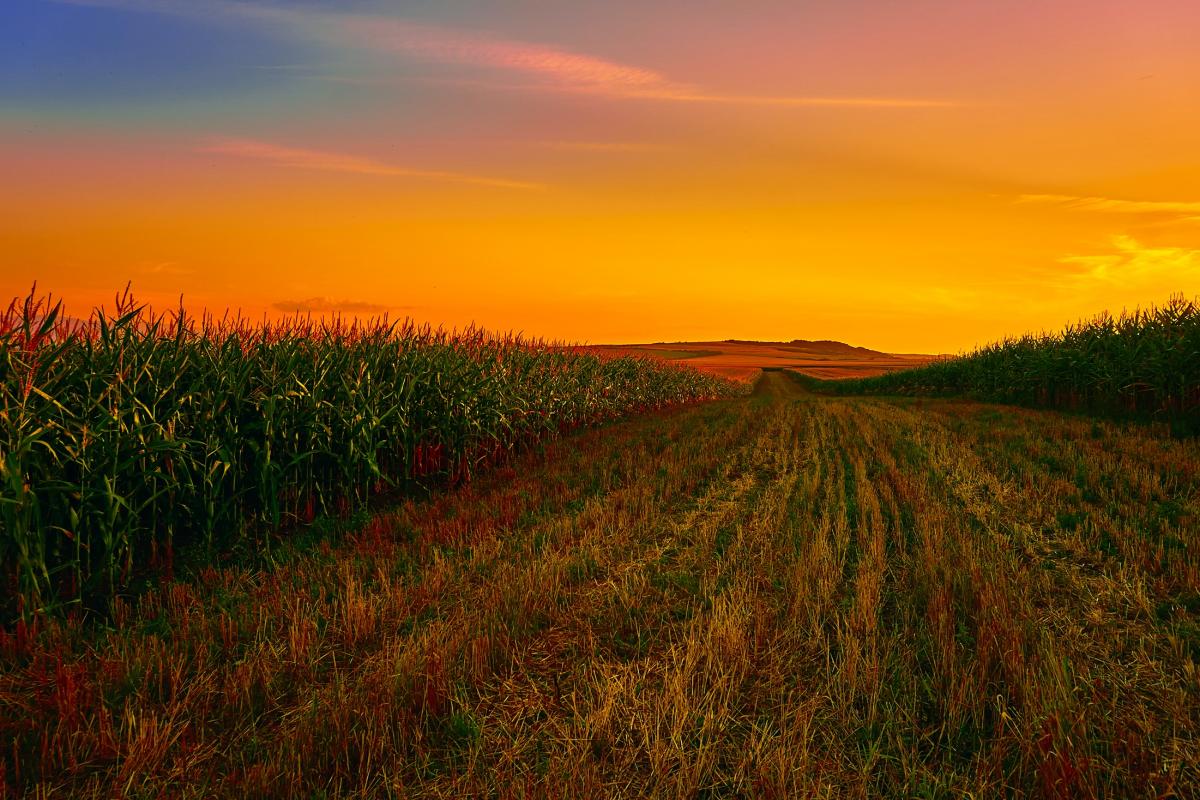 From an article by geoscientist/journalist Rocio Jaimes Gutierrez

Polylactic Acid, most commonly known as PLA, is a polymer made from renewable resources. Contrary to other thermoplastics which are petroleum-based, some of the raw materials used for PLA’s production include corn starch, tapioca roots, or sugar cane. Its properties, however, are comparable to other plastics in the industry. These characteristics and consumers’ desire to use a less impactful material have triggered its rapid entrance to the plastic market as a competitive commodity.  In this article, we will focus on PLA plastic itself, its composition, benefits, drawbacks, and production methods among others.

PLA is a polyester produced by fermentation under controlled conditions of a carbohydrate source like corn starch or sugar cane. Its building blocks can either be lactic acid or lactide monomers. They will later be polymerized into PLA.

Initially, corn goes through wet milling. Here’s where the starch gets separated. The starch is then mixed with acid or enzymes and heated.

This process “breaks” starch into dextrose (D-glucose), or corn sugar. Finally, fermentation of glucose produces L-Lactic acid, which will be the basic constituent of PLA.

Two methods for manufacturing PLA plastic from lactic acid are applied. The first one uses lactide as an intermediate state, which results in greater molecular weight.  The second method consists in the direct polymerization of lactic acid.

PLA is bio-based and biodegradable. These are the most outstanding properties, especially considering that one does not automatically imply the other. Being bio-based implies that the material is derived from biomass. As for being biodegradable, PLA undergoes a transformation into natural material, such as water, carbon dioxide, and composite. This process is carried out by microorganisms in the environment and is strongly dependent on conditions such as temperature and humidity.

PLA is a thermoplastic, meaning that it can be melted and reshaped without significantly degrading its mechanical properties. Hence, PLA is mechanically recyclable.

PLA derived from renewable resources, a sharp contrast to the petroleum-based plastics, which have a finite availability.

It does not release toxic fumes when oxygenated.

Economic potential: bioplastics offer a growing market, with opportunities for job creation and development of rural areas European-bioplastics, estimates that by 2030 up to 300,000 highly skilled jobs will be created in the European bio-market, more than 10 times its current numbers.

PLA plastic is recognized as safe by the United States Food and Drug Administration. Additionally, it is safe for all food packaging applications.

Its non-toxicity has allowed its incorporation in medical applications.

Even though PLA plastic is biodegradable, it will only be decomposed within three months when having specific and controlled composting conditions, i.e. when commercial compost facilities are available. On a landfill, where a large part of it will end, it can take somewhere between 100 to 1,000 years to decompose.

There’s an underlying moral issue with its production. The world’s rising population raises the concern of whether it’s ethical to spend entire corn crops for example, in producing bioplastics, rather than feeding the population in need.

It heavily relies on the use of transgenic crops. An entire discussion can be created around this topic. But just to mention a few, the rise in monoculture, along with concerns of lack of long-term testing, is a major drawback in the public sphere.

Pro and con: Decomposition. Suppose that you want to use biodegradable plastic to store your food. On the long run, it sounds amazing to use a plastic that (under the right conditions) will not be laying around for centuries. In the immediate future, you want your food to stay fresh and tasty for as long as it can. This is a problem especially for food exportation, which must survive the production, packaging, transportation, selling and finally consumption.

PLA plastic will behave in a brittle way unless blending it with less environmentally friendly polymers.

When compared to petroleum-based plastics, bioplastics such as PLA are deficient in their strength and crystallinity.

PLA is a pseudoplastic, non-Newtonian fluid. This means that its viscosity (resistance to flow) will change depending on the stress that it is subjected to. Specifically, PLA is a shear-thinning material, which means that the viscosity decreases with applied stress.

PLA plastic has good mechanical properties compared to traditional polymers like polypropylene, polystyrene, and polyurethane. Especially when it comes to Young’s modulus (the ability to tolerate elongation under tension or compression), tensile strength (force needed to pull something), and flexural strength (stress needed to start plastic deformation).

Even though its thermal properties depend on its molecular weights, PLA can be classified as a semi-crystalline polymer. Its glass transition temperature at ~55°C and melting temperature at ~180°C are comparatively low, for example when thinking of other thermoplastics such as ABS. And, just like oil-based plastics, PLA can burn. Precautions should be taken.

All of the varieties of PLA share that they are made up of lactic acid (C3H6O3). Their difference, despite having the same molecular formula is the orientation of their atoms in space (figure 1). They include poly L-lactide (PLLA), poly D-lactide (PLDA), and poly-DL-lactide (PDLLA).

Note that PLA is a nomenclature that does not agree with the IUPAC, as it is a polyester rather than a polyacid.

Is PLA sustainable? In the gross sense, yes, PLA plastic is sustainable. It comes from renewable resources that absorb CO2 and convert it into glucose. This will later be processed to obtain a nearly carbon-free product. After PLA material is ready to be disposed of by the consumer, it can be biodegraded.

However, this last point is dependent on where its useful life ends. Proper disposal of PLA plastic requires very specific conditions, and mixing it with other plastics can affect the whole recycling process. The waste PLA plastic needs to be sorted apart and sent to an industrial composting facility. This implies an environmental cost for transportation. Later, the bioplastic is to be heated to around 60°C and exposed to special microbes, which will digest the material and decompose it.

Yet, many cities do not have the facilities to carry this process. And even if they did, PLA plastic would need a strict separation process that cannot always be ensured. As a consequence, most of the PLA plastic waste will end up in landfills or in the oceans.

Great news, PLA is not toxic! In fact, it is used in the medical industry in implants, which can be biodegraded in the body over time. Note that this statement is only true for when PLA is in its solid form.

The poor to no ventilation available in some house or office 3D printers has been reported as a source of risk. Even though the chemicals emitted by PLA have been claimed to be harmless, the release of nanoparticles can potentially pose a health threat.

The methods for processing PLA plastic are no different than those applied to other commercial polymers, such as PS and PET. Of special importance during industrial production is controlling PLA’s humidity: A high concentration of moisture can result in a failed piece. Additionally, production at high temperatures may result in PLA degradation.

Before the actual production, it is recommended to store PLA in its original package at ambient conditions. Pre-drying the material is also a good idea, given the fast moisture uptake of this thermoplastic.

According to Bioplastic news, the largest PLA plastic producers are:

The Future of PLA

PLA is an awesome development that offers amazing possibilities for replacing petroleum-based plastics. The bio-based and biodegradable principles promise this thermoplastic will have increasing application in the medical and food industries, among others. However, much has to be overcome to ensure actual sustainability. Two main points in PLA research to be overcome are:

Crystallization behavior of different grades within PLA. This is essential in order to control the plastic’s degradation rate, optical properties, thermal resistance, and mechanical properties, among others.

Feasible and accessible means for separation and decomposition of PLA are needed. So far, regardless of the advantageous decomposition possibilities of the plastic, the failure in properly reaching the waste material to the correct composite facility might result in it being no better than other petroleum-based plastics.

So, even though we are keen to see its development in the years to come, a broader reach, stronger waste disposal and enhancement of the mechanical properties are essential in order to take over the non-renewable plastics currently dominating the industry. We are happy to wait for such improvements in the near future.